The Capitol 3 Days After Siege

What happened on January 6th at The Capitol, the building that stands for our Democracy, was shattering to me. I've seen disturbing videos shared by the rioters themselves, calling for the Vice President so they could murder him by lynching! There are videos of the crush of the mob pushing and pushing to breakdown the door into the Senate, ending in the death of one of their own. The most chilling photo is of a man in tactical gear carrying a stack of plastic handcuffs.

What? Why? How? I keep asking myself. What is the mental process that creates such vile anger and deep hatred; that can make a person look to another for permission to commit heinous acts against individuals and our country, our history?

We were both in need of some healing, some community, so we drove to The Hill yesterday and walked around the entire area. It was a blustery cold and beautiful day. In a way soothing but covered in sharp edges. We thanked the National Guards and Capitol Police for being there. We watched the scary fencing go up. From a distance it looks like an ordinary fence but up close the edges of each loop are sharp, on top rough and pointed. We saw the flags at half staff for the murder of Capitol Police Officer Brian D. Sicknick. We saw a tribute to him of flowers and signage.

We saw a woman wrapped in rioter regalia waiting for provocation. We saw a family with 3 kids, one in a stroller, wearing that red hat, that, to me, is synonymous with hatred, destruction and racism. I chose to photographed none of them. I concentrated on that amazing building and place that has been a part of my life since I was little. I'm a proud native Washingtonian and a proud American who is worried that this is far from over. 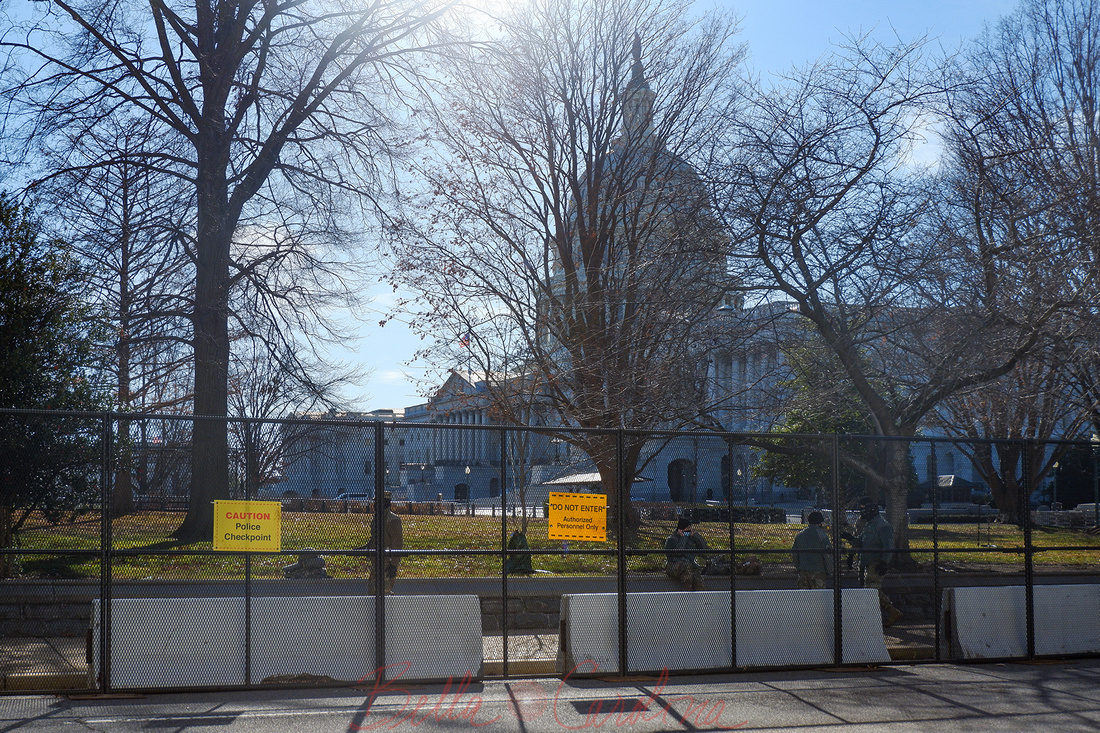 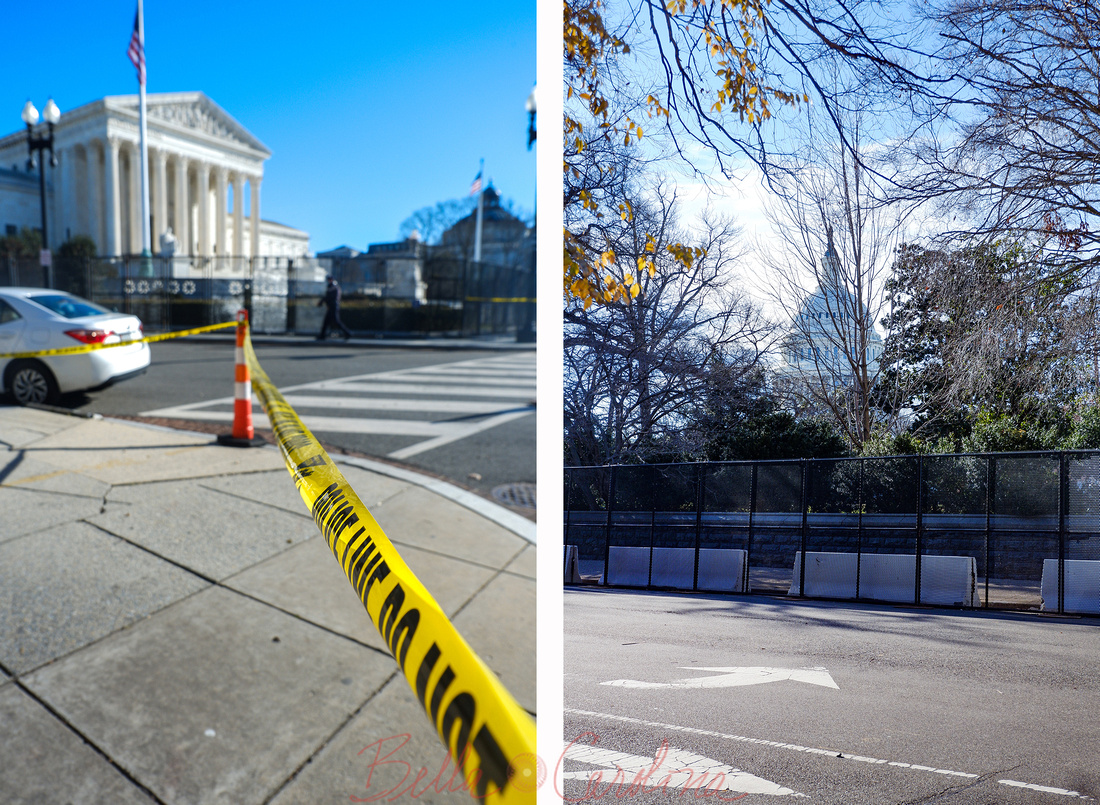 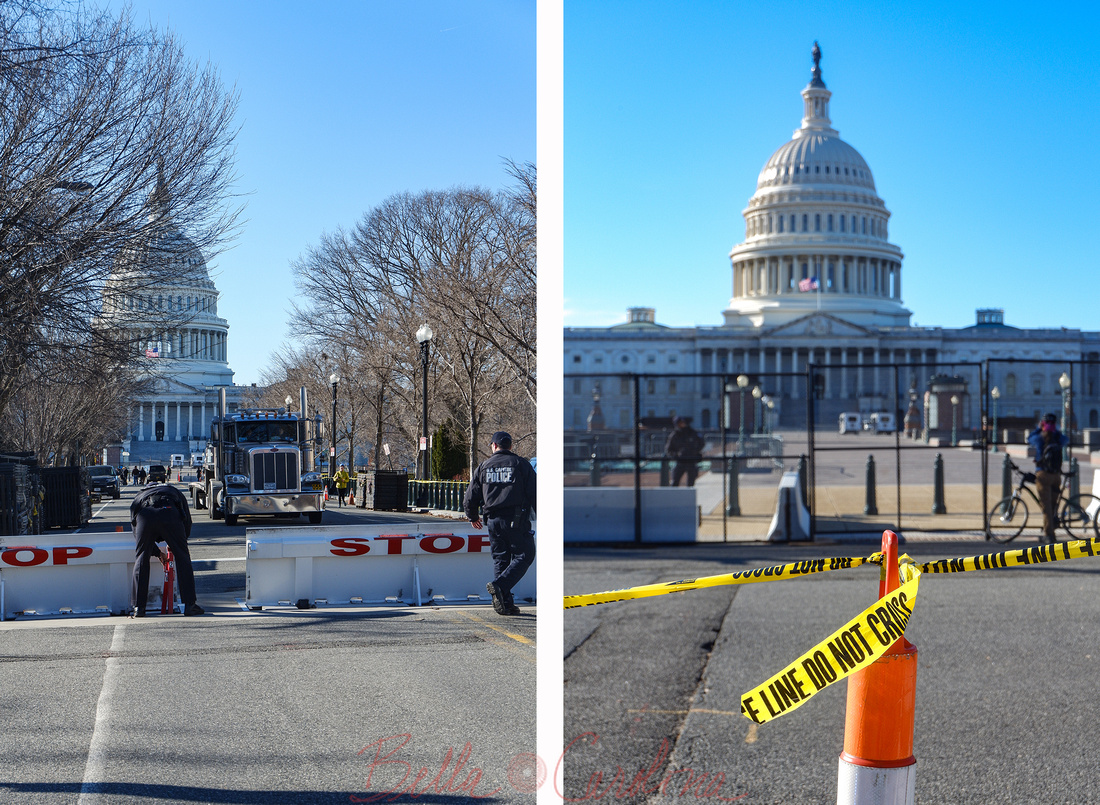 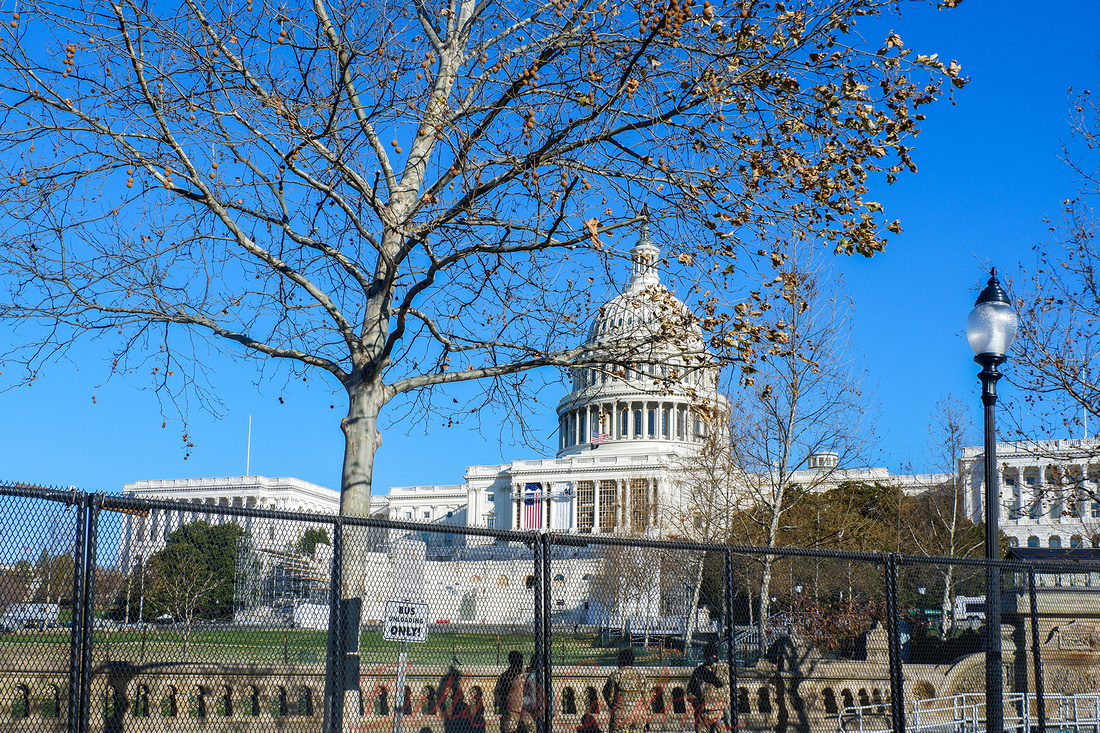 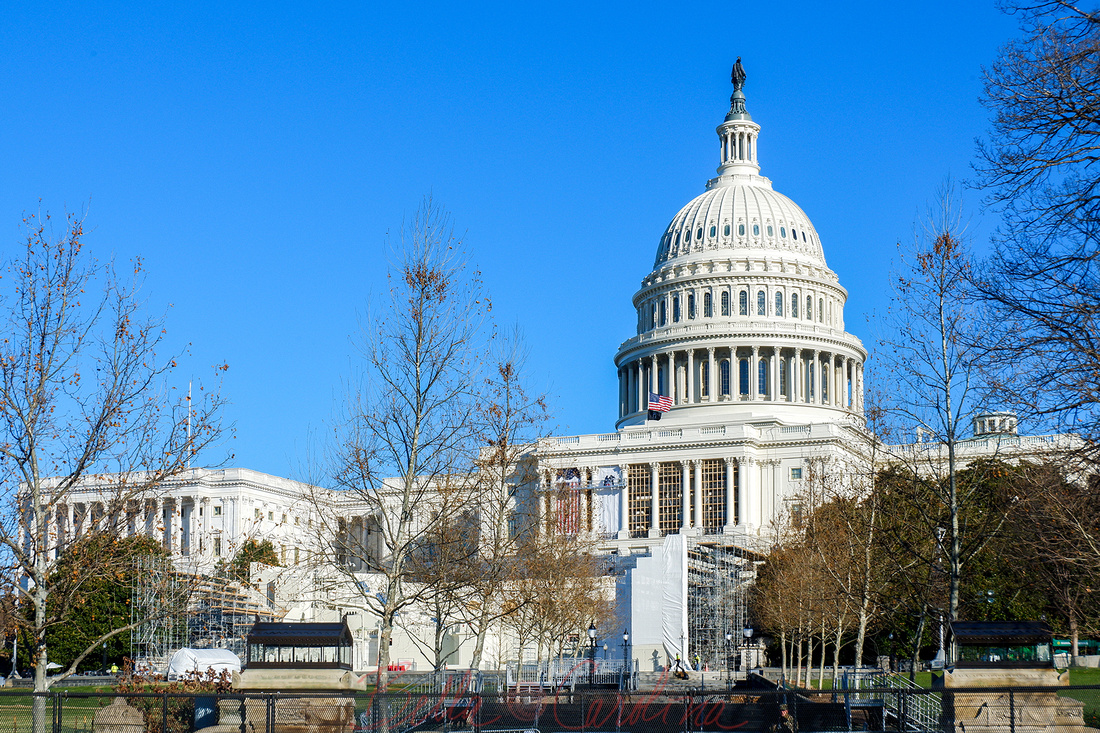